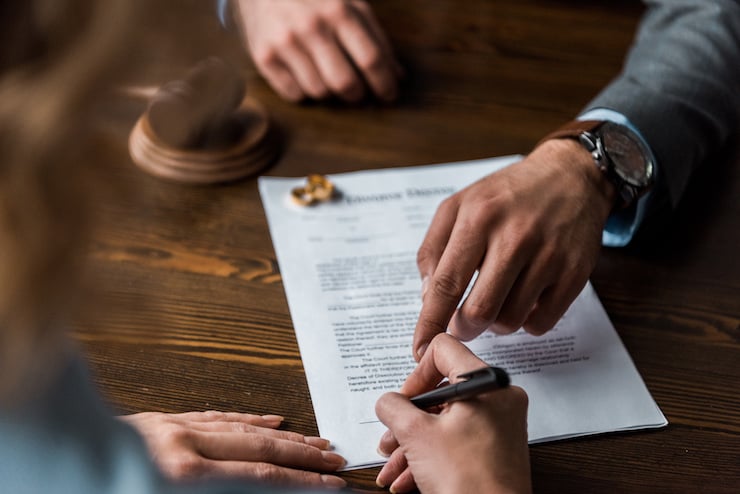 Marriage Story was up for six Academy Awards last night, only Laura Dern won . . . still, great movie that evokes a lot of discussion.

A few weeks ago, we wrote about one of the few things Marriage Story got wrong – in the real world, Nicole would not have been able to file for divorce in California. Of course, we’re not sure the movie would have worked any other way.

While watching the Oscars last night and the Marriage Story film clips, we were reminded of something they absolutely got right – marital property.

No, the movie never talks much about assets or dollar figures or a fight over a particular possession, Marriage Story is too smart for that.

Marriage Story instead explored the emotional complexities revolving around what Charlie and Nicole built during their marriage. Who brought what to the marriage and how they contributed to where they were as a couple, and, indeed, business partners, by the time Nicole filed for divorce.

Quick review: when they met Charlie was the owner/director of a small off-Broadway theater. Charlie had been an iconic teenage movie star and had a TV acting career. She is instantly recognizable; she is an excellent actor. She gives up TV – and California – to star in Charlie’s theater. She’s the draw.

Charlie continuously reminds everyone throughout the film that he ‘puts everything’ he makes ‘into the theater.’ It’s an easy inference that Nicole’s residuals and money from her ex-TV star mother have been keeping everything else afloat.

As they are headed to divorce, Charlie’s play is moving to Broadway. He is awarded a MacArthur Fellowship Grant. The grant – known as a Genius Grant – is a $625,000 cash award paid over five years. Fellowship Grants are somewhat mysterious, no one knows if they’re getting one because no one knows they’ve been nominated. No one even knows who does the nominations. The grant comes with no strings whatsoever – the money can be used for anything.

Nicole has just been offered a TV pilot, she moves to Los Angeles to film it, the divorce filing follows (too quickly). As the lead, Nicole is probably receiving close to a six-figure payment. If the show – as it is by the end of the movie – is picked up, she’s looking at a six figure per episode payday.

As the divorce is filed, they are both obviously looking at rapidly changing financial circumstances, both with what amounts to annuities for years.

Here’s the question – do any of these things happen without Nicole and Charlie’s New York theater partnership?

They seemed as intractably intertwined as any business. Charlie had a vision, talent, and a struggling theater, far off Broadway. Nicole was a star, a great actor, an instantly recognizable face, and the draw. The theater was noticed and became a critical – if not financial – success. That notice led to Broadway and a Genius Grant for Charlie; a TV series for Nicole; and financial security for both.

Charlie can’t see any of this. It’s the main reason, it appears, for the divorce – because, as noted by dozens of on-line media psychologists and marriage counselors – they otherwise really look like two people with much still in common who could have worked things out.

Perhaps the most poignant – and insightful – moment in the movie occurs when Charlie and Nicole are talking about his MacArthur and he says, “I was a genius before we got married.”

Undoubtedly true, but who would have noticed without Nicole bringing a star turn to a struggling theater group? Would the play have made to it Broadway without the visibility she brought to it? On the flip side, Nicole received great reviews for her roles in Charlie’s plays, these stamped her as a ‘serious actor’ – a definite boost to anyone’s career after being a teen age movie star. Would she have the pilot offer without that?

Marriage Story absolutely nails the emotional components of it all. Nicole and Charlie never argue about money, they argue about contributions and credit and lack of appreciation and a dozen other things that are wrapped into assets. Just like most marriages with just as complicated financial pictures – it’s seldom about just dollars and possessions, it’s about what they represent.

In the end, Nicole and Charlie share custody and go their separate financial ways with what they had the day the divorce was filed.

It seems like something Halligan LLC would have worked out with a couple like Nicole and Charlie. We certainly would have been able to cut through the complexities.