Charlie, Nicole and the Problem with Marriage Story 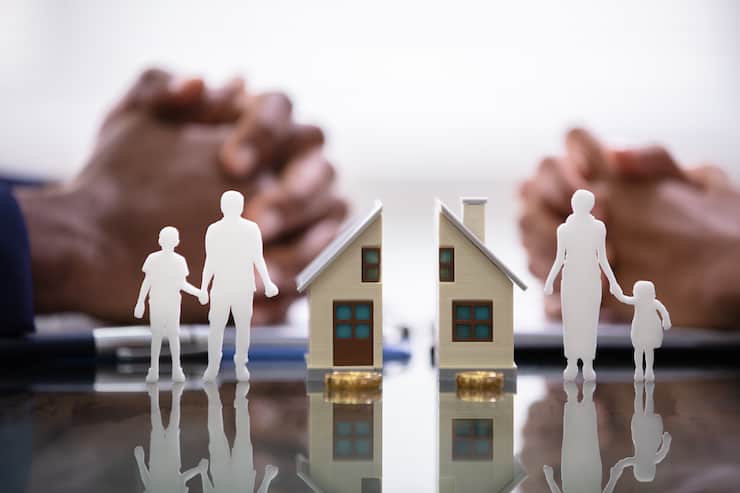 If you’re a family law attorney at the turn of the decade, you have two non-paying clients – Charlie and Nicole. The lead characters in Marriage Story, played by Adam Driver and Scarlet Johannsen.

Marriage Story is one of Netflix’ biggest hits, a critical and commercial success, Laura Dern just won a Golden Globe award as Best Supporting Actress for her role in it, it was just nominated for six Academy Awards.

Everyone asks about it. “Is it accurate?” is the most common – and constant – question.

That’s a tougher question than most dealing with a movie or TV show about divorce, and that’s a compliment. They certainly nailed the emotional components, but then again, it was written and directed by Noah Baumbach not long after his own divorce.

The feel, the emotions, the confusion about the process, the relationships, all felt right to me. I could live with most of the legal talk and maneuverings. But there was one thing that really – really – bothered me and I’m afraid it will send a very wrong message to a sizable chunk of the millions of people who have watched Marriage Story over the last month.

It’s this: “You should never have let her leave New York with the kid.”

This is the first thing Charlie’s attorneys tell him when they hear that Nicole left New York with their son, Henry, to film a pilot for TV in Los Angeles. Nicole and Henry stay with her mother, they have been in California for, at most, a week or so when she files for divorce.

Charlie lives and works in Manhattan, yet he’s told, flat out, by two attorneys that because Nicole and Henry are now in Los Angeles, not only will the divorce be handled by California courts, but that Charlie’s custody rights are at grave risk.

This is just plain wrong.

The first thing Charlie’s attorneys – the emphatic Alan Alda (of course) and the slightly unctuous, cut-throat Ray Liotta (of course) – should have told him was to go home to Manhattan, hire a New York attorney, and file for divorce. If that’s what he wanted. Otherwise he had months to hash things out with Nicole before she could file from her new home.

This isn’t a small thing, not with the audience Marriage Story has. “You should never have let her leave New York with the kid,” is as catchy as it is inaccurate and it’s sure to be remembered.

That’s a problem. It’s a great movie line, meant to inflame and to explain future motivations. But it completely belies process – the rules every state operates under when it comes to family law and divorce. More, it is unnecessarily confrontational. There’s no need to feel threatened – or worse that you have to stop them – when a spouse wants to travel with a child to another state. Everyone is protected by process that is recognized by every state. Nothing happens overnight.

Charlie’s lawyers should have known better. Now you do.